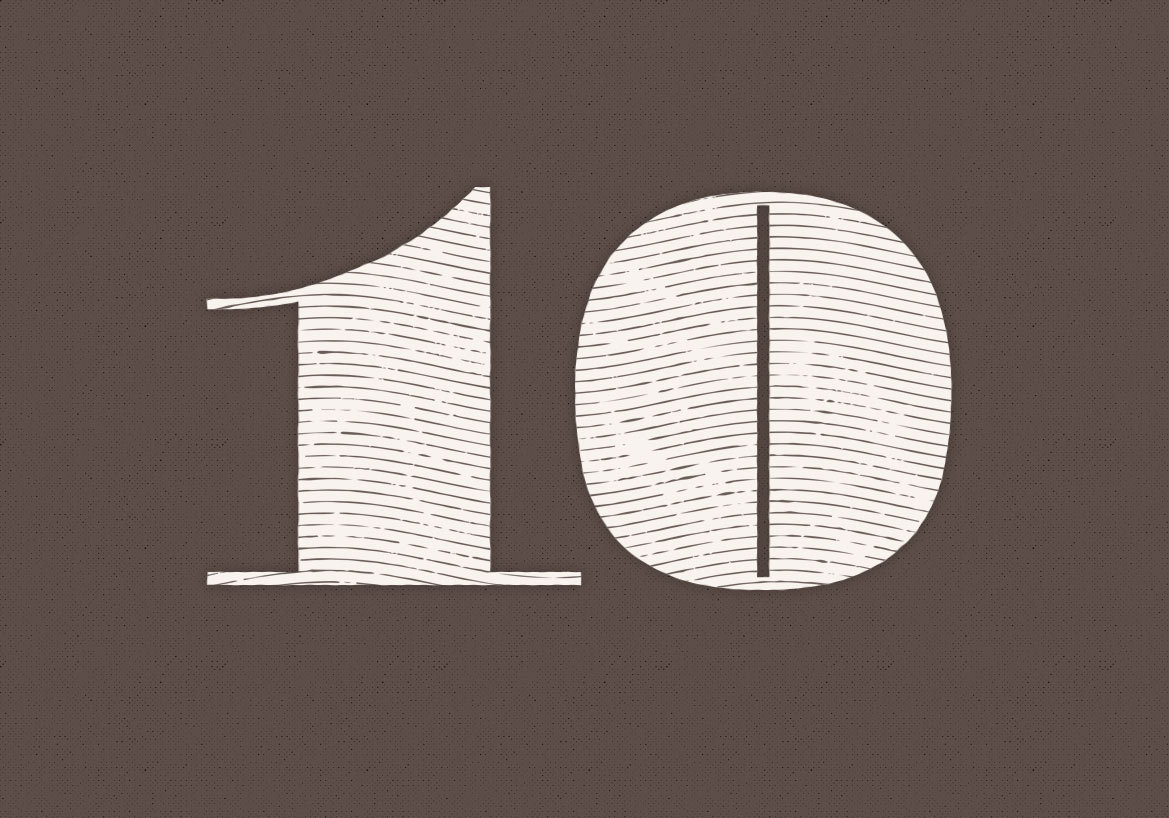 I would have never believed way back in 2007 that an experimental WordPress install on a sub-domain of my design portfolio would become my entire livelihood. It’s now 10 years since the Spoon Graphics Blog was launched, and both the website and my life have changed dramatically over the last decade. Every April I share some behind the scenes insights, which document my site’s growth and the opportunities that came from it. Last year I talked about how my website redesign resulted in a huge growth in newsletter subscribers, so let’s take a look at the latest stats and figures. 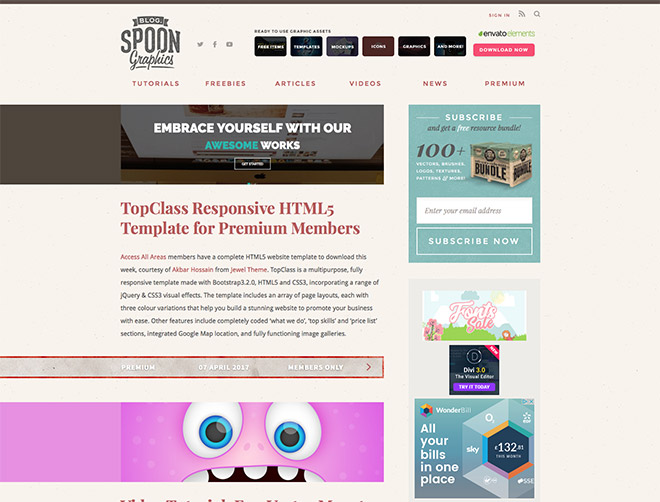 I always start these anniversary posts with links to my previous yearly celebrations. It’s interesting to go back and see how my blog has progressed:

A Decade of Blogging!

These ten years have definitely gone fast! I often come up with tutorial ideas but think to myself “I’m sure I covered that subject just a few months ago”, only to find that it’s actually years since the post went out. The main challenge I face these days is thinking up new post ideas each week. I just hope I can find enough inspiration to last another decade! 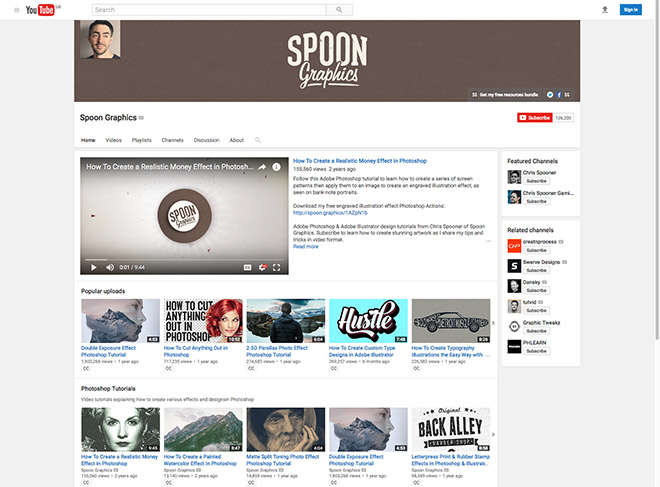 One important lesson I’ve learned is to continuously evolve my site to keep up with technological trends and changes. When I started this blog, ad revenue was my primary source of income, but that has drastically reduced over recent years. I’m just glad I planted some additional seeds in the form of my Access All Areas membership, the email newsletter and my Spoon Graphics YouTube channel, which have developed sources of income to replace what has been lost in ad sales.

I want to take this opportunity to express my huge gratitude to all my readers. Without a loyal audience it just wouldn’t be feasible to keep this site going, so I appreciate everyone who enjoys my content, becomes a premium member and purchases a deal I recommend. An exceptionally big shout out goes to all you veterans who have been around since the early days! 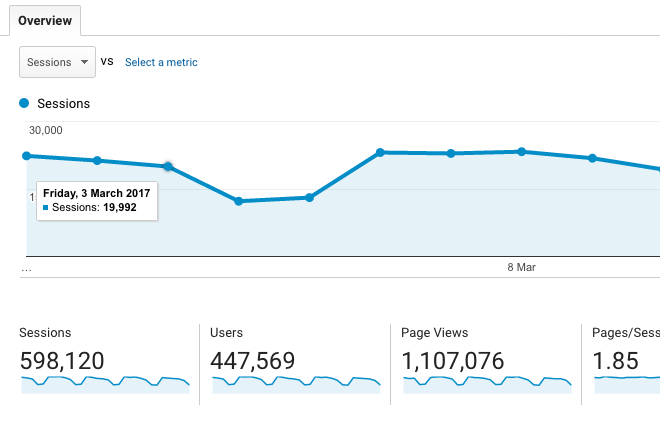 Traffic is still on the decline overall, down 5% from last year. I assume this is down to periodic changes in the Google algorithms that cause older posts that used to receive a lot of attention to drop off the search results, as well as general changes in people’s social media habits. Traffic referred from StumbleUpon, Facebook and Twitter is nothing compared to the serious traffic spikes they caused in 2012, although one exception is Pinterest, which is showing a gradual increase in referrals.

There’s been no change when it comes to my top content. Those two cited posts have been at the top of the chart for many years, although it’s strange that they have switched places this year! My highest traffic peak remains unchallenged from November 11th 2014. Traffic spikes are pretty much non-existent these days, with the best attempt in 2016-2017 being a slightly higher than average 25,953. 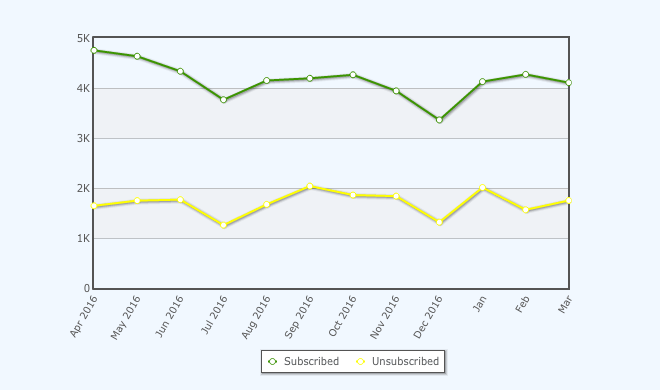 It’s great to see my mailing list still growing, even though the daily subscribers figure has declined slightly, from 200 to around 130 per day. My Spoon Graphics YouTube Channel has been exploding this past year, with subscriber stats passing the 100k milestone in January. Comparing daily YouTube views with daily website visitors, my channel traffic isn’t far behind at around 17,000 views per day.

My server setup has been reliable since it was upgraded in 2014, just the monthly bandwidth use has increased, spiking a couple of times to 10TB per month. One change that is currently in the works is the addition of an SSL certificate to switch over to https. The latest browser versions these days display warnings on insecure password fields, so the SSL will sort that out whilst also giving me the ability to expand the payment gateway options for my Access All Areas memberships in the future. 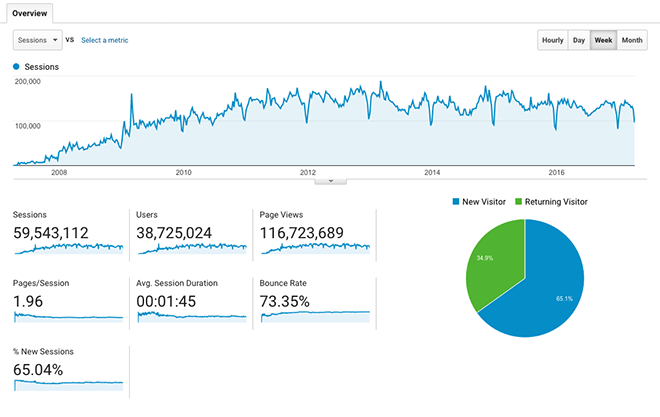 Since this year marks a big milestone, I thought it would be interesting to dig out some mind blowing statistics from the lifetime of Spoon Graphics.

Next in News: A Diverse Arsenal of Vector Resources You Can Rely Upon for $29 Close
Top