Blog.SpoonGraphics Turns 3 – Win Yourself a Poster! 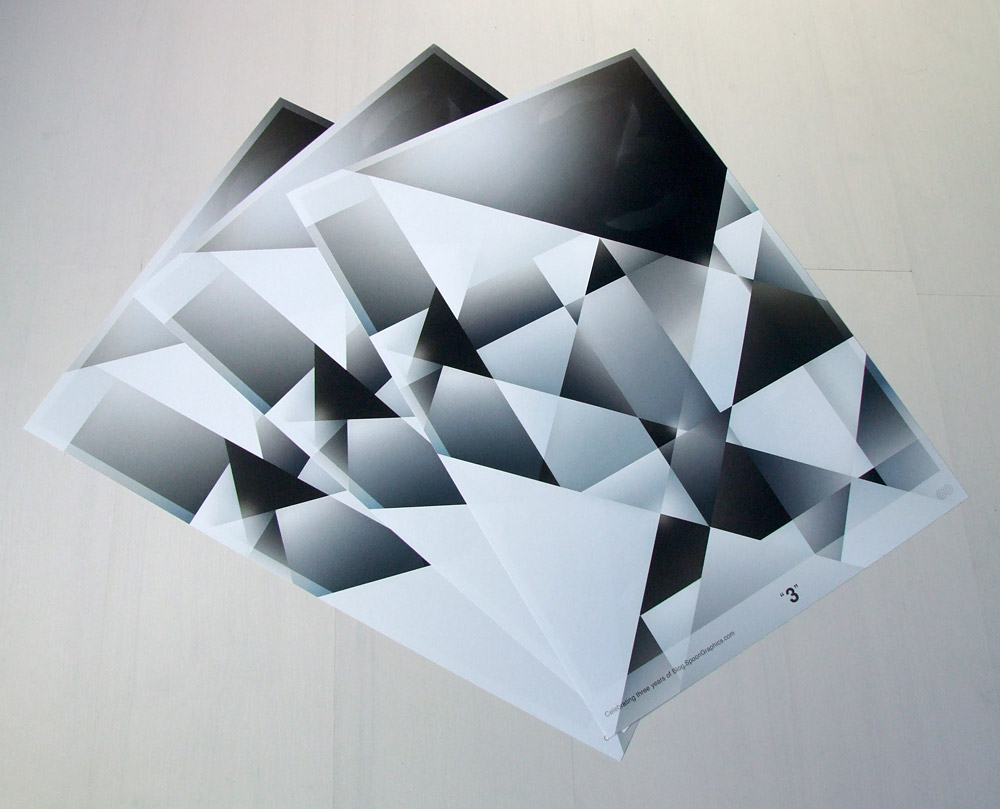 It’s that time again! April marks the birthday of Blog.SpoonGraphics, with this year being the big number three. Long time subscribers might remember the two year commemorative post, the one year post, or maybe even the six months post. Let’s take a look at the latest growth stats and see what’s been going off behind the scenes. 2009-2010 saw a few new changes to the site. Firstly there was redesign number five, which saw another complete overhaul of the theme. Since 2007 I’ve kept the same ‘design’, but have added extra touches here and there and evolved the design every time.

I also recently introduced the members area to the site which is coming along really well. There’s already a bunch of useful resources and discounts that members can get their hands on, which makes it easy for members to recoup their $7 membership cost. The great thing about this model is that as time goes on the value for money only gets higher and higher!

I’m still being amazed at what opportunities my blog has brought me. Since last year I landed a position and a co-author of the Smashing Book; I was invited to London for the NET magazine awards; I’ve made a few more appearances in design magazines; I had the pleasure of participating in lots more online interviews; and I’ve been lucky enough to have been able to cut down on client work and concentrate on working as a full-time blogger.

As my blogs continually grow, the demand for more robust server setups also increases, especially now I have Line25 with an ever growing appetite for CPU and RAM biscuits.
Powered by: WordPress
Hosted on: 4GB VPS
Bandwidth per month: 940GB

I recently had trouble with large traffic influxes on post days killing the server, even with 4GB RAM to eat through. I had trouble with various caching plugins in the past, with each causing crazy side effects that caused havoc elsewhere on the site. I’m currently using Hyper Cache, which does a great job of reducing server load, although it does have once side effect that I need to address where new comments aren’t redirected properly. It’s pretty much common practice nowadays to celebrate your blog’s birthday with a poster, so I decided to create a special design for Blog.SpoonGraphics’ third year. I have three copies of the aptly named 3 poster to give away. To be in with a chance of winning one for yourself, just add a comment to this post by Friday 16th April 2010. I’d love to hear some interesting insights that relate to the blog, such as how you found it in the first place or what your most favourite post has been from the past few years.
Also, stay tuned for a ‘making of’ post that takes you through the process of how the poster was created from sketch to final design.

Everyone who has subscribed, tweeted, voted or stopped by to check out an article over the past year gets a huge thank you from me. I hope you all stick around for the next 12 months, and I hope the upcoming posts and topics come in handy!