How To Create a Lomography Photo Effect in Photoshop 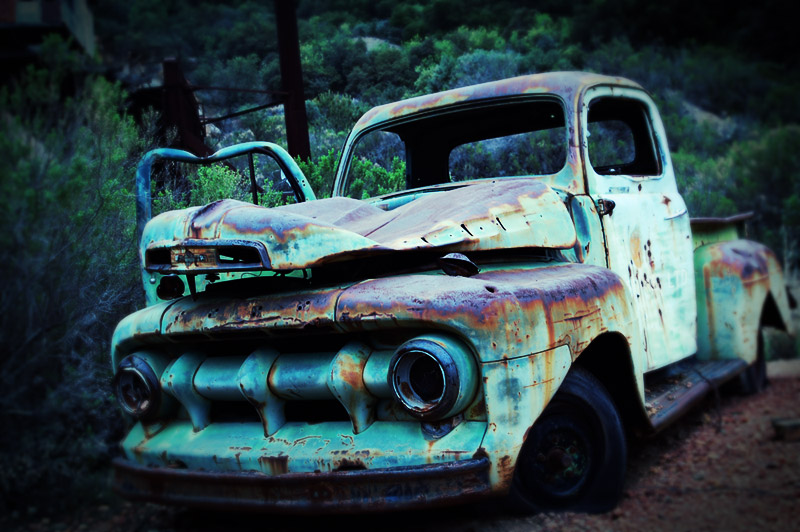 Lomography and the lomo effect is massively popular in Photography circles. The origins of the lomo effect come from a budget Russian camera called the Lomo LC-A, but we can recreate the imagery produced by this little cheap camera on our own digital photos with the help of Photoshop. Follow this step by step Photoshop tutorial to easily give your photos the vibrant characteristics of lomography. 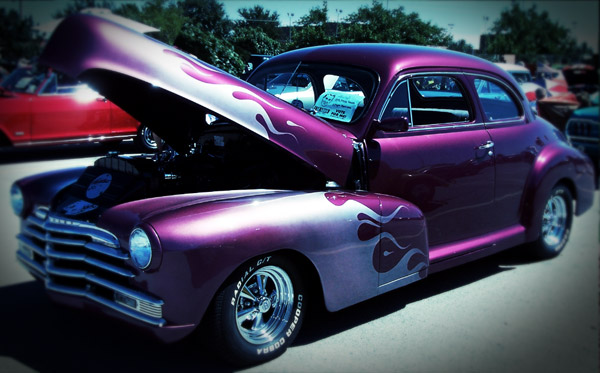 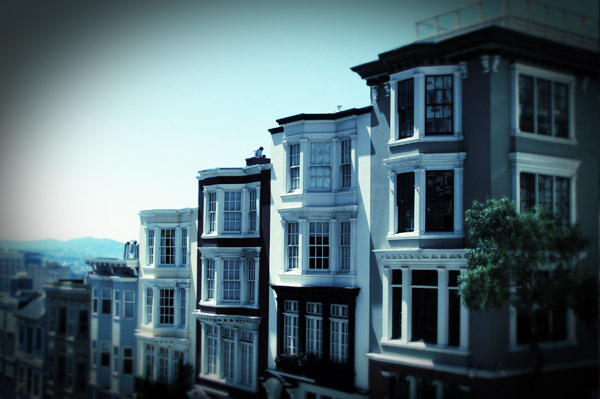 The poor construction of the Lomo LC-A and similar budget cameras meant that photos would often feature unusually high contrast, obscure colour reproduction, intense saturation and would sometimes be extremely blurry. Usually this would be classed as an absolute failure in terms of typical analogue photography, but with the Lomo it all added to the charm and character of the camera and the unusual images it produced. 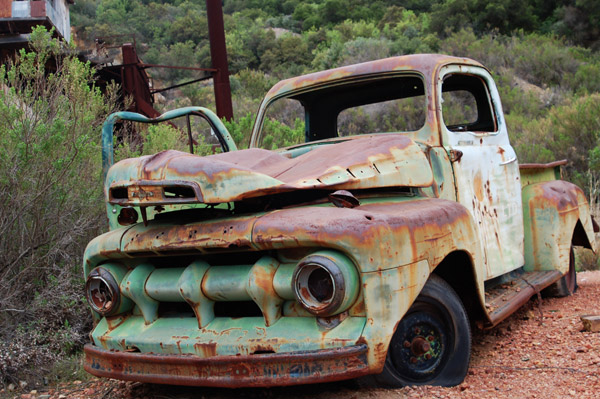 Open up an image of your choice to apply your Lomography photo effect in Photoshop. I’ve picked out an image of a rusty old truck from ThinkStock. 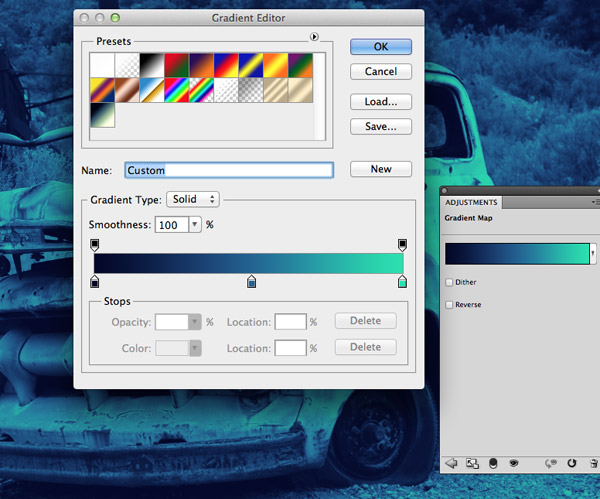 Lomo images often have unusual blue, green and yellow tints, so we can replicate this in Photoshop by applying a Gradient Map to replace all the photo’s original colours. Select the Gradient Map option from the Adjustment Layer menu then alter the gradient to flow from a dark blue (#030629) to a mid blue (#1f6393) to a vibrant green (#14e2af). These colours will be applied to the shadows, midtones and highlights of the image. 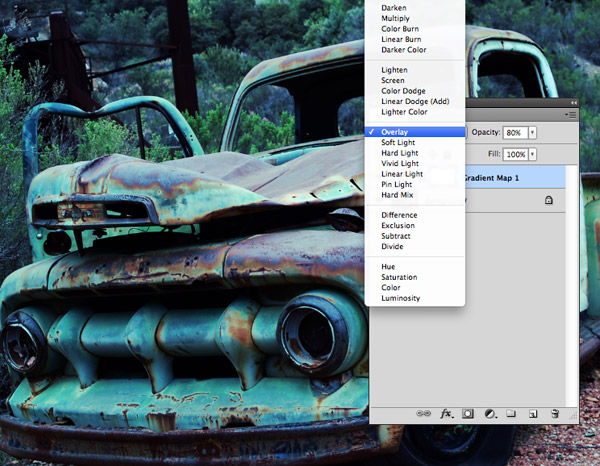 Change the blending mode of the Gradient Map to Overlay. This will allow the blues and greens to interact with the original colours of the image to preserve some of its natural appearance, but still give the photo the obscure colour reproduction of a Lomo photograph. Alter the opacity to adjust the amount of colour adjustment. 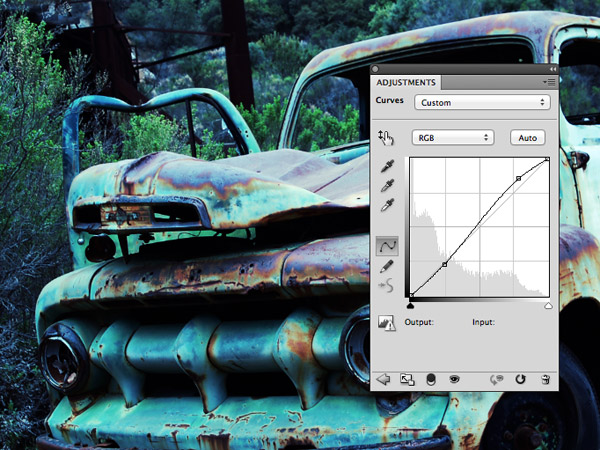 Lomo images also have excessively high contrast where shadows are really dark and highlights are blown out. Recreate this effect in Photoshop with a Curves adjustment layer. Move the curve to increase the highlights and shadows. 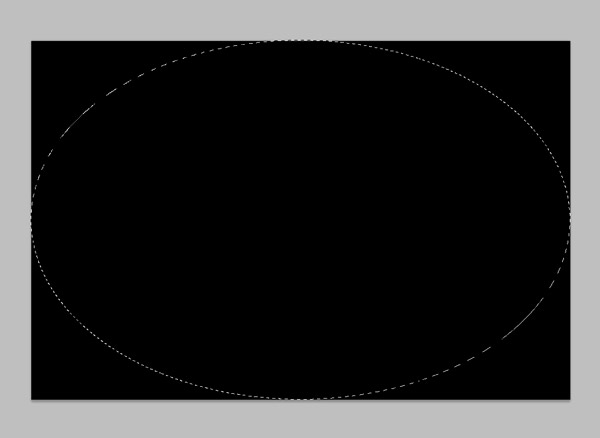 Create a new layer and fill it with black. Name this layer “Vignette” then use the Elliptical marquee tool to draw a selection from corner to corner. 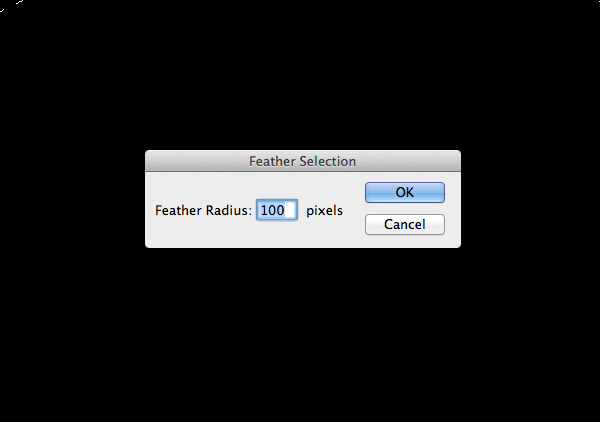 Go to Select > Modify > Feather and enter 100 pixels in the radius option. This will fade the selection out as opposed to creating a hard edge. 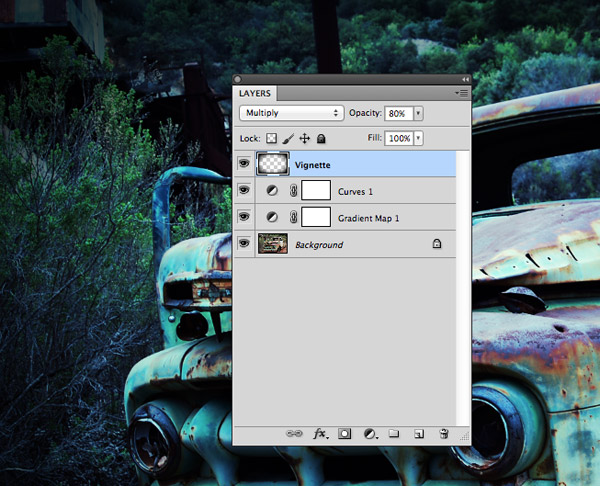 Hit the delete or backspace key to erase the centre area from the selection to form a vignette effect creeping in from the edges of the image. Alter the blending mode to Multiply and adjust the opacity to around 80%. 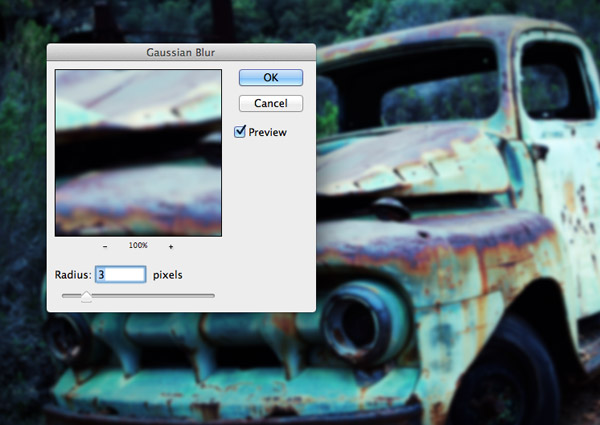 The final characteristic to recreate from original lomo photographs is the unusual blurriness. Press CMD+A to Select All, then hit CMD+Shift+C to Copy Merged. Paste this selection on a new layer at the top of the layer stack then add a 3px Gaussian Blur. 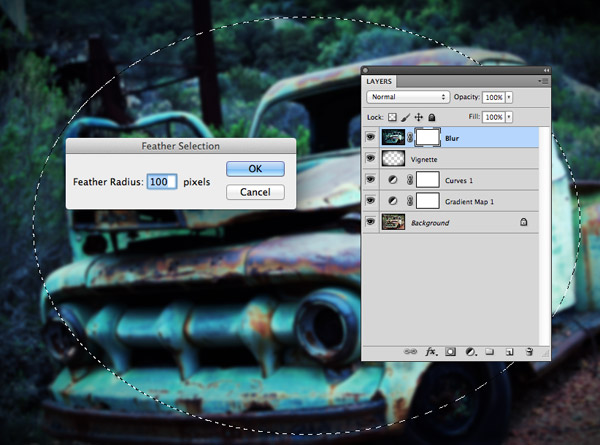 We don’t really want our whole image to be blurry, so add a Layer Mask to the Blur layer and draw an elliptical selection around the centre. Feather the selection then fill the area with black to render that portion of the layer mask transparent. 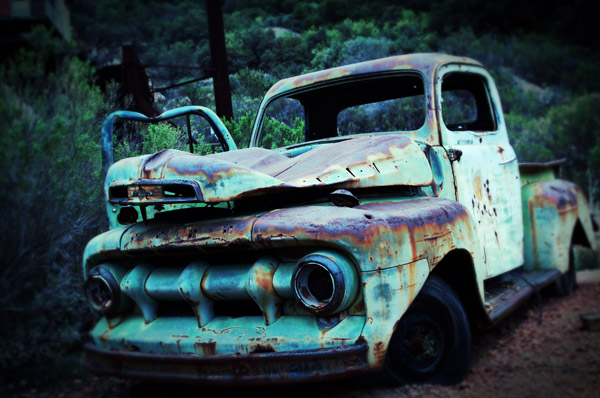 The blue/green tints, high contrast and blurry vignette all combine to mimic the characteristics of those old Lomo cameras. With the original analogue cameras it would be pot luck as to whether the image would turn out as expected, but with this Photoshop effect we can apply the tweaks to any image we wish and tweak every aspect to create the perfect lomography effect.