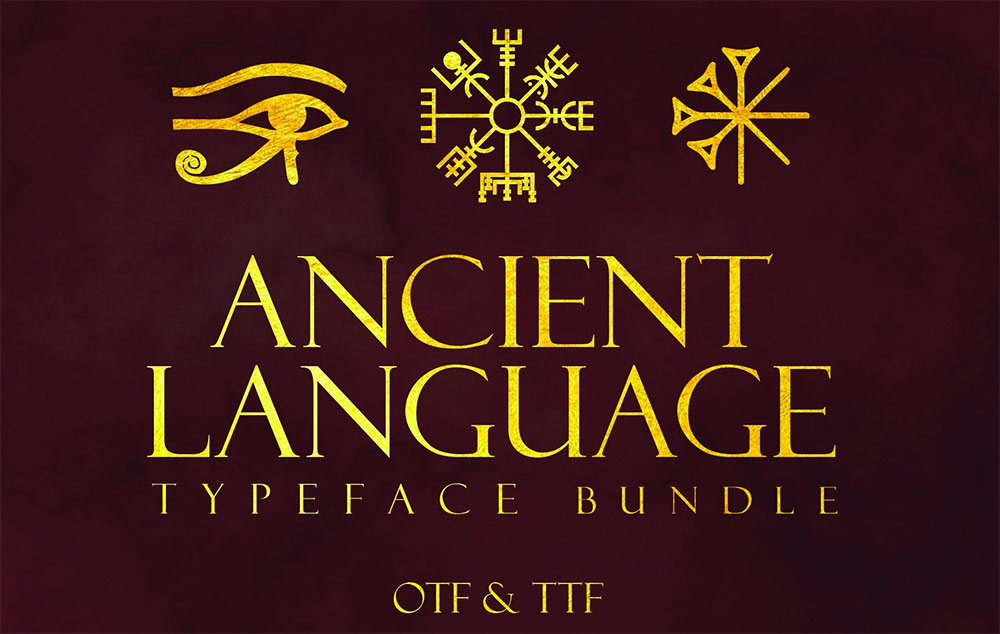 Access All Areas members have a great bundle of 5 premium typefaces to download this week, courtesy of James Dene of Dene Studios. Included in this collection is the Ancient Languages Typeface Bundle, which contains 3 fonts based on the first systems of writing in human civilisation (Cuneiform, Norse Elder Futhark and Egyptian Hieroglyphs), plus 2 additional display fonts with a futuristic style named Equinox and Perehilion.

In the Dene Studios Creative Market Store you will find a vast collection of font products in a variety of unique styles, alongside other useful resources such as brushes, textures, and illustrations. Get 15 free goodies and stay updated about new products by joining the Dene Studios mailing list.

Find out more about Dene Studios

This bundle of Dene Studios typefaces for Access All Areas members contains 5 individual font products. Cuneiform, Norse Elder Futhark and Egyptian Hieroglyphs form the Ancient Languages Typeface Bundle, which is a collection of fonts that have been translated as accurately as possible to replicate early writing systems. In contrast, the two additional fonts of Equinox and Perehilion are based on futuristic, sci-fi styles with inspiration from outer space. All fonts are supplied as TTF & OTF formats, with some even including bonus EPS vector assets.

Become a member to unlock this download
(PLUS 100s more premium design resources!)